It’s a story of every multi-story or large apartment, where one member cries for low WiFi signal strength and others enjoy the stable WiFi connection.

No, it’s not an imaginary story; it’s damn factual.

This happens to you where you are taking your online classes, meetings, or video calling your spouse, and your video struggles like hell.

The first option is to get a longest-range WiFi router to counter this unwanted scene.

However, if this still is not soothing your pain, the time has come to install WiFi Extender. Nonetheless, does a WiFi extender slow down your internet speed?

You may have experienced a piercing battle on the webs and forums about the WiFi repeater Vs. WiFi Extender thing. But how come these solutions help you in the real world? Do WiFi extenders cut speed? Are Extenders better than repeaters? All these technical speculations need a robust answer, ultimately.

Does a WiFi extender slow down internet speed?

So, is a WiFi extender worth it? Yeah, definitely, but the argument that has made a rivalry is, do these devices affect the internet speed or not? To be very honest, be it repeaters or extenders or any other Wi-Fi Booster devices, yes, users face a slow down in internet speed.

But how much and in what cases, that’s the real matter.

To know what and which devices and circumstances bring down the internet speed, we just have to go into some logic.

Repeater Vs. Extender – Which wins the Battle?

These both device’s types come under the umbrella of the Wi-Fi booster category and pose the same purpose. However, things take a slight turn when it comes to connection behavior. And factually, the manufacturers haven’t elucidated the Routing and switching world, what is the primary or substantial difference between WiFi extender and repeater?

Typically, a Wi-Fi repeater is a sort of single-channel bridge between the router and the connecting devices. The main idea here is to capture the signals, store them, and then rebroadcast them. This seems like a lot of work, right?

However, it’s actually a game of nanoseconds and doesn’t let you feel a cut in internet speed. But what causes the repeaters a lousy option against extenders is there is a single frequency band on most of the repeaters, so that gets overlapped by other wireless appliances, like Microwaves, Bluetooth, etc.

So, do Wi-Fi repeaters work? Yes, but a single channel majorly causes a significant delay and disturbance in the data transmission, which is a potential curse to repeaters’ reputation. Nonetheless, some advanced repeaters with dual-band operation have hit the market that has leveled the game with Wi-Fi extenders.

But still, there is a difference that separates this router breed from

Wi-Fi Extenders; On the other hand, connect to your main router mostly via a wired connection that doesn’t get disturbed with other wireless frequencies. As Wi-Fi extenders use multiple channels to rebroadcast the signals, the fewer are the chances that frequency channels get overlapped.

But the question may keep pinging one’s mind; do Wi-Fi extenders cut speed? Yes, lots of circumstances like make and Wi-Fi range extender placement and other settings affect the internet speed.

What Causes a Wi-Fi Extender to Lose Internet Speed?

Multiple reasons! Thus, these need solutions accordingly. However, we see some of the most common problems playing with our WiFi performance, unfortunately.

People think placing a Wi-Fi extender can stimulate weak signals. On the contrary, the extenders don’t even lend a helpful hand in this regard. The best idea is to note down how the Wi-Fi router throws signals.

A Wi-Fi router spreads the frequency spectrum in an Umbrella shape, or you can say in an Inverse U shape. That’s why! Experts suggest placing your Wi-Fi router at a higher place to grab maximum area coverage.

Similarly, the ideal and best place to put a Wi-Fi extender is a central area between the router and connecting devices. Don’t place the Wi-Fi extenders where the signal frequency is already low. This won’t help in spurring the Internet speed. Instead, place where the original router signal quality is denser, and you mostly get a stable Wi-Fi connection. This will help the extender to work in its full capacity,

Consequently, the right height and area is the critical thing to consider.

This is an age of wireless gadgets. The more you are getting wireless, the more invisible mess comes your way. Your microwaves with 2.4G band, Wi-Fi and Bluetooth enabled appliances, and neighboring wireless networks can cause an overlap to the signals channel.

These Wireless interferences can create a considerable delay and lag, which ultimately cost you slow internet speeds. The counter idea is to change the name or SSID of your devices or set their frequency channels to non-overlapping channels that are 1, 6, 9, 11.

The Bottom Line – So, what’s the Conclusion Here:

Bust the Myths, Not Your Mind – FAQs:

Will a wifi extender increase speed?

How to Extend the wifi range without losing speed?

Factually, extending any network ultimately causes a loss in speed. However, we can minimize the loss by changing the Extender position, changing overlapping channels, and other technical doing.

What is the maximum length of a USB 3.0 cable?
How to convert wired speakers to wireless?
What Is The Difference Between A Micro USB vs Micro HDMI
HDMI ARC vs Optical - What is the Difference?
How to block a program in Firewall? 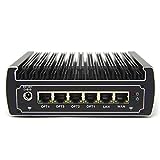 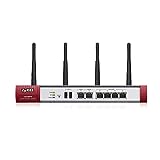 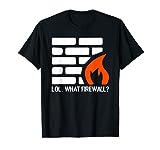